Within this framework, the region of Kayes, potentially holds the most extensive and coherent collection of colonial papers to be found in Mali on the regional level. It was indeed the first region of today’s Mali to be colonised by the French from the 1880s. 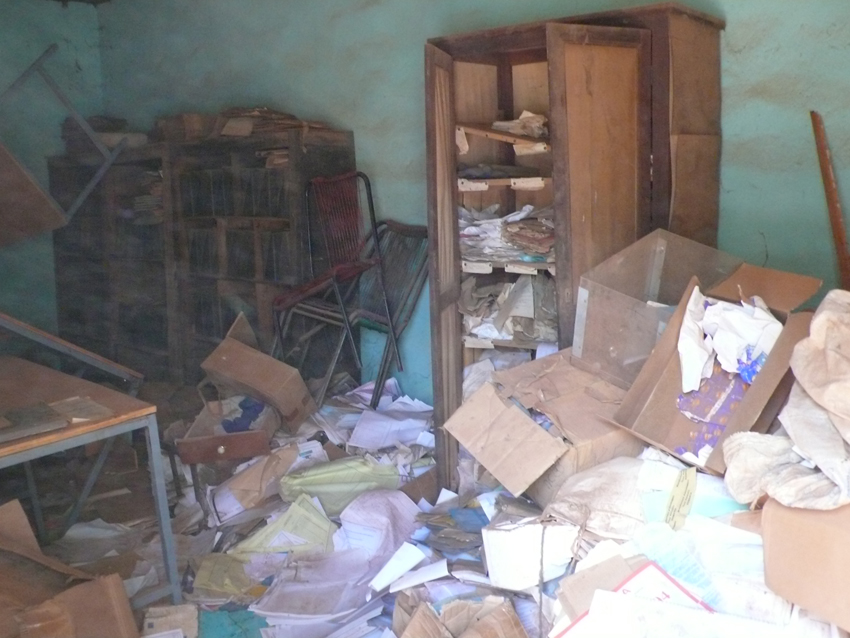 A Urgent Need for Intervention

The collections of the region are unfortunately in a very poor state. Hence, in 2009-2010, Dr Marie Rodet initiated a first project in cooperation with the RKBAD (Réseau Kayésien des Bibliothécaires, Archivistes et Documentalistes) to salvage the archives of the district of Kayes located in the town of Kayes. Despite the awareness of the local authorities of the importance of these regional collections and the success of the 2009-2010 project, much work remains to be done on other collections in the rest of the region.

We initially aimed at expanding the Kayes project to other local deposits, especially in Yélimané and Nioro located North of Kayes on the border with Mauritania. But the recent events in Mali have prevented the implementation of such a comprehensive project. We were only able to spot some of these archival deposits on a very short visit in 2010 (1 day on each site, see pictures attached).

They contain both colonial and postcolonial documentation (1890-1980). A big concern at the moment is to be able to check the extent of potential to which this collection of archival colonial documents may have been further damaged. 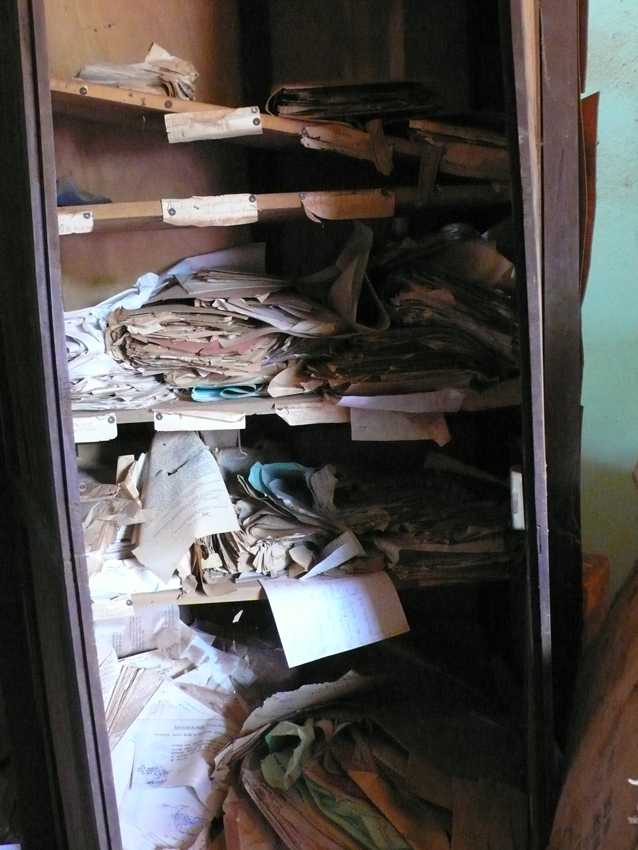 Research in the National Archives in Bamako have proven the importance of these two sites in the history of rural slave emancipation in Western Mali in the first half of the twentieth century. These deposits contain in particular colonial court registers which are not to be found anywhere else and which attest to the longstanding social conflicts between former slaves and former masters in the aftermath of the end of slavery.

Indeed, Slavery abolition was promulgated in 1905 in French West Africa, but the conditions of social and economical emancipation were not yet fully established. Until the independence, this topic would remain very pregnant in local politics. The Yélimané area is well known for its long historical involvement in the slave trade due to its geographical location on the edge of the Sahara desert. 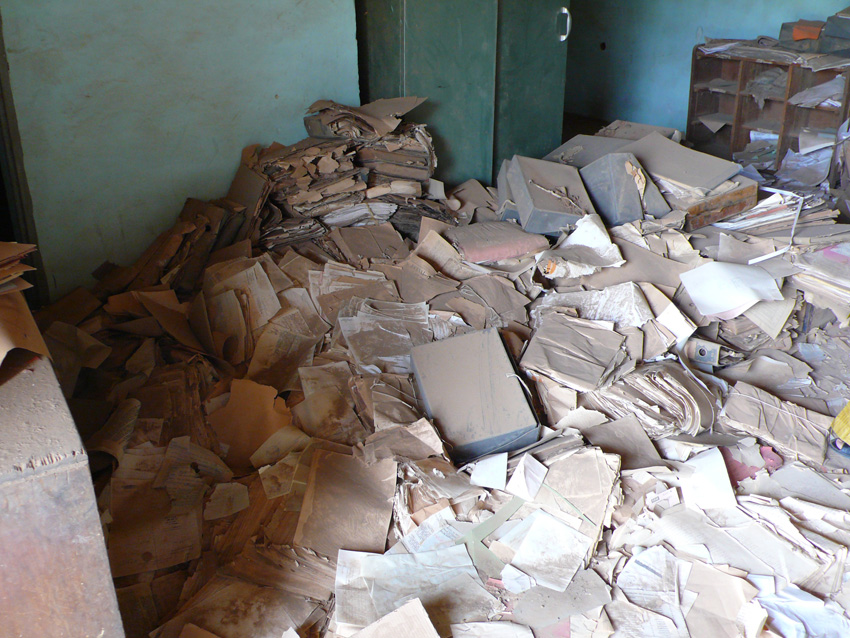 Implementing a Major Salvaging Project in the Near Future

Thus, such a project would allow a first systematic evaluation of the archival colonial documentation in Yélimané; the ultimate goal being to implement a major project to salvage the all collection.